Ozgen Solar’s first EPC contract was to install a medium sized solar plant on the roof of Ozgen Elektrik’s factory.

The building was built on an East-West axis with a slight angle and a symmetric inverted V-shaped roof that had equal exposure to north and south. 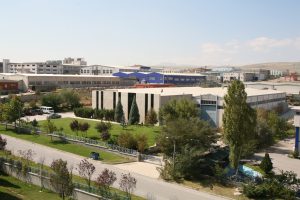 Our engineering department started working on the existing roof’s designs to determine the amount of reinforcement works needed to satisfy the added weight of the solar panels. We also wanted to make sure that we keep the same area of transparent roof panels to provide natural lighting inside the production facility.

During the design phase, our engineers came up with a better solution which was far more feasible in every way. They have proposed to remove the old roof panels and change them with a newer and lighter polyurethane roof panels.

This was a much more cost effective solution because of a number of reasons:

After the client approval, we started removing the old roof panels and installing the new roof. We worked around the production schedule of the factory to minimize the production down time. 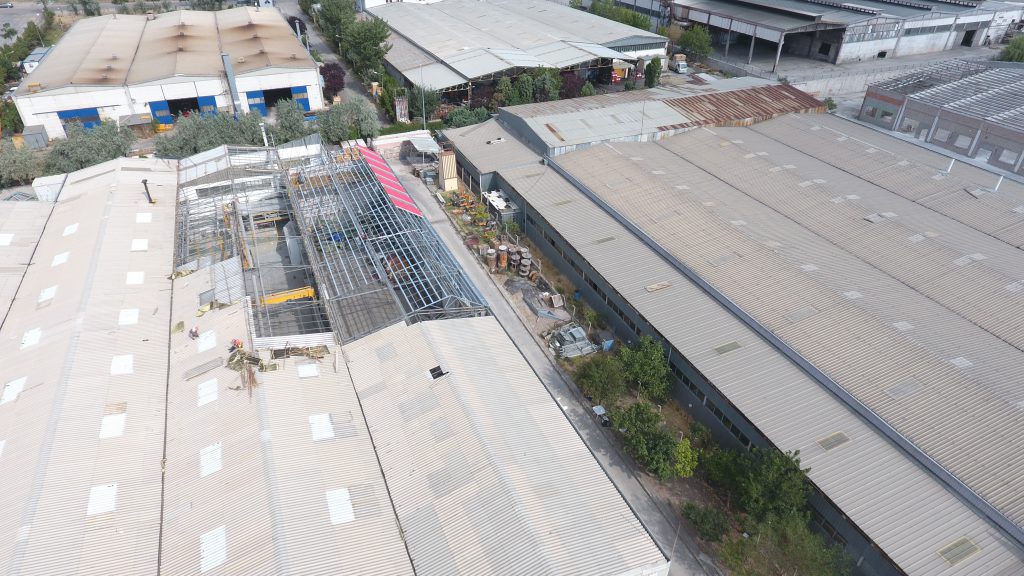 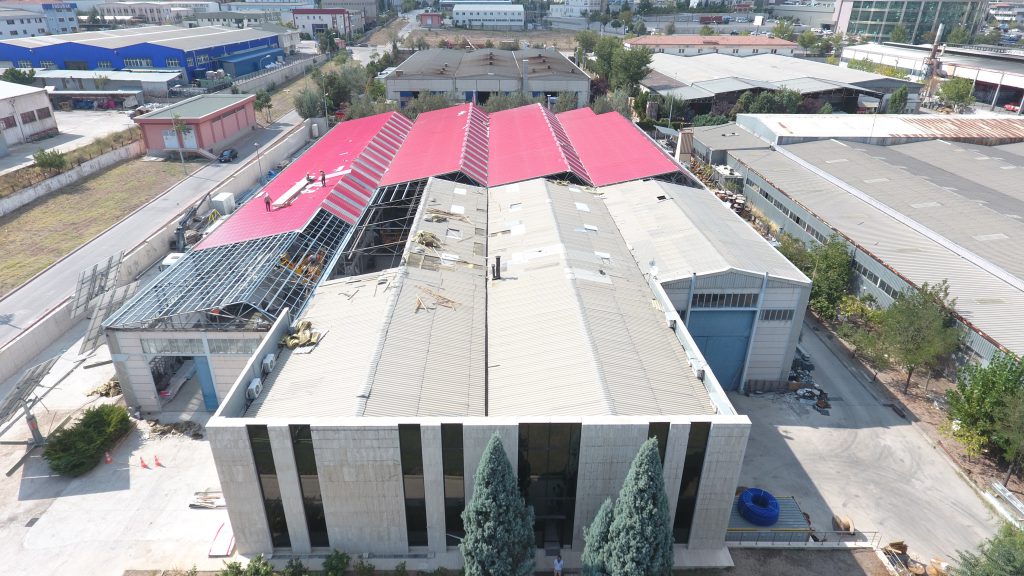 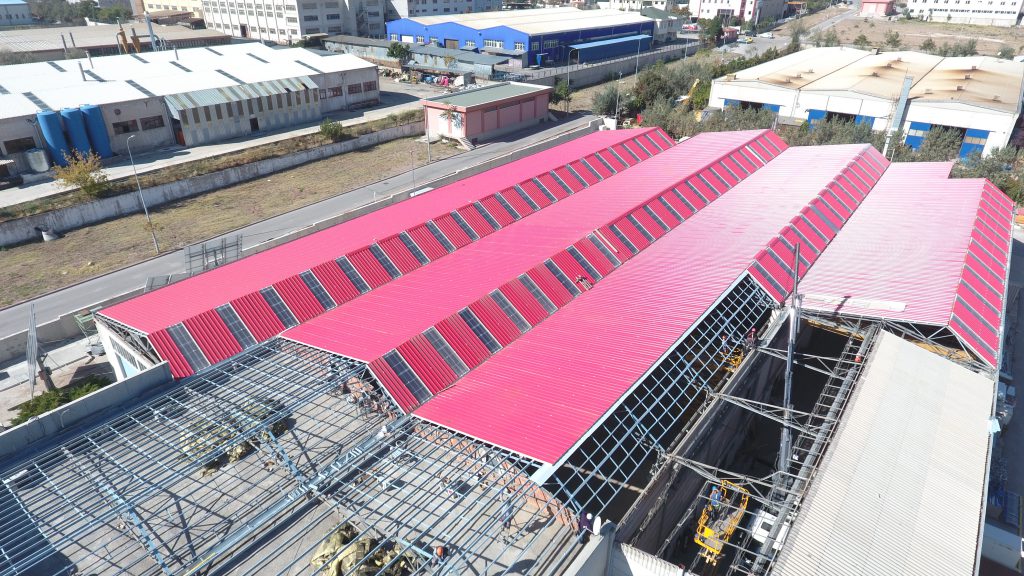 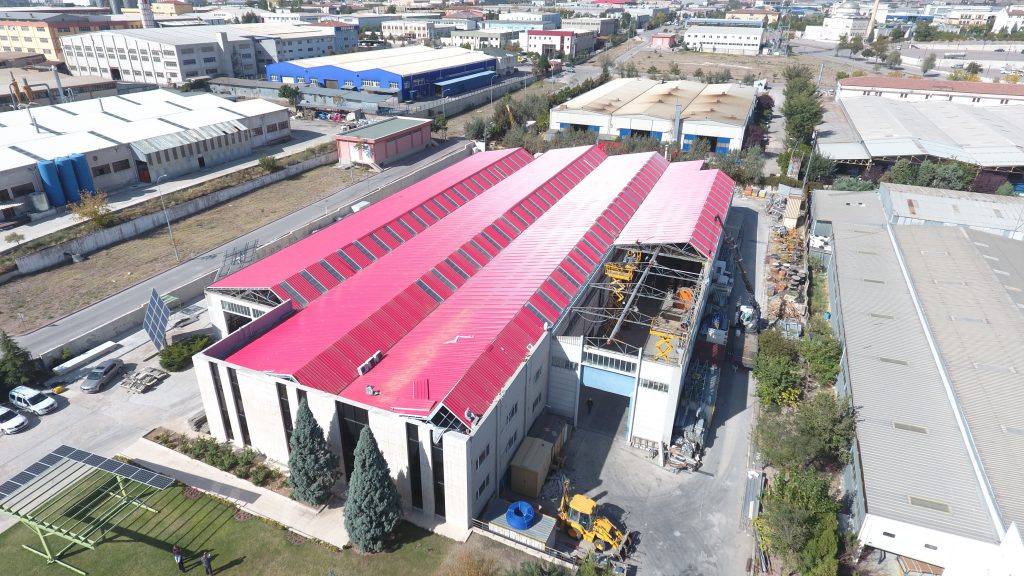 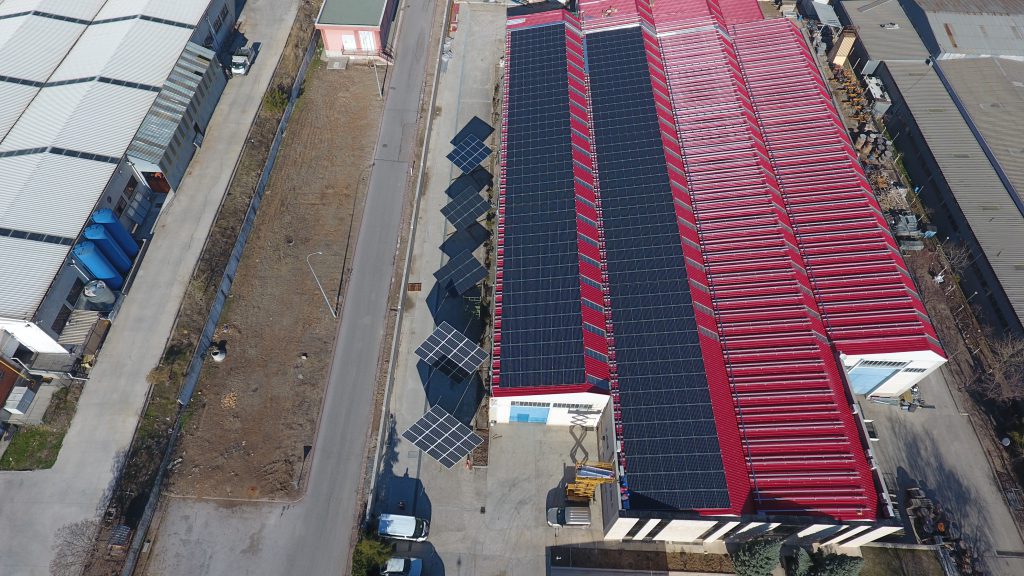 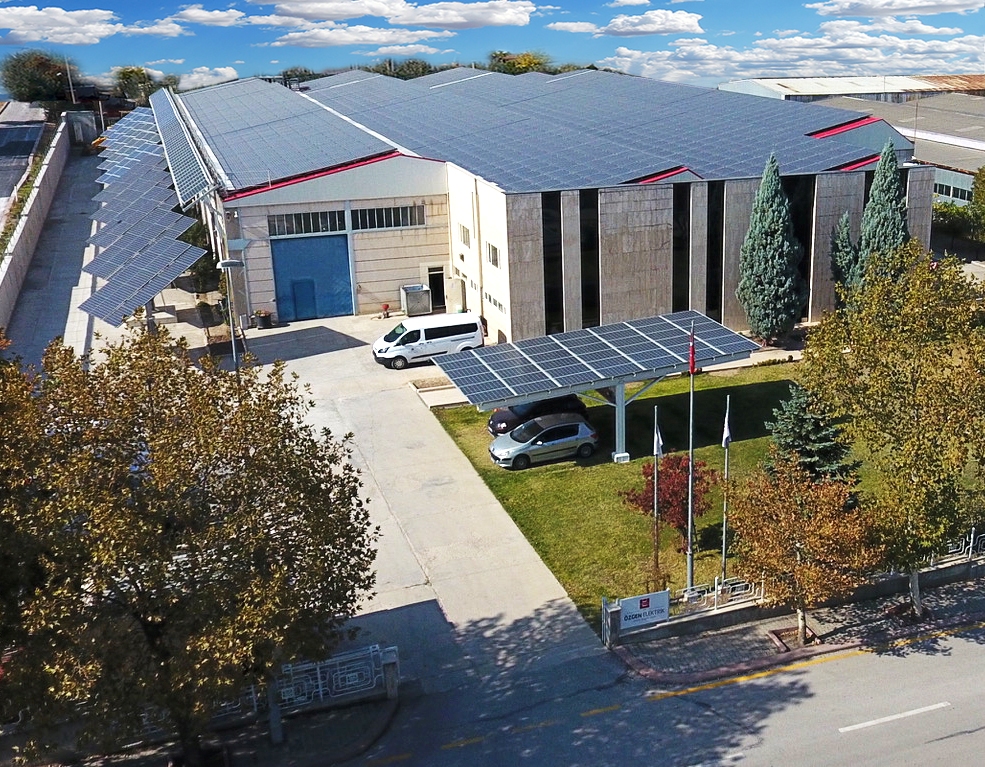 During the construction works, our engineering team started working on a special aluminum support for the solar so that we can install the SolarEdge Power Optimizers on the same support under the solar panels. During that time, we have finalized the procurement of the solar panels. Panasonic HIT 325 solar panels were purchased for the project. The preliminary designs were approved for a generic brand 250W solar panels. So when the high efficiency panels were procured, a design revision and a power increase was needed. We prepared the revised designs and got the necessary permissions from the distribution company for the power.

After the roof change was finished, the supports were installed on the roof and cabling works were finished. Cables were procured from Staubli (Multi-Contact) as well as the connectors.

Power optimizers are connected to the 27.6 kW Solaredge Inverters.

Solar panels were installed and the plant was prepared for commisioning.

The plant commisioning was succesfully performed on 22.05.2017 with TEDAŞ authorities.

After commisioning of the roof system, a 100kW power increase design that would include single axis façade tracker and dual axis ground trackers prepared by our designers were approved by TEDAŞ.

Installation of both of the tracking systems were performed in a month and the system was commisioned again by TEDAŞ for a total of 500kWe on 22.08.2017.

Operation and maintenance of this facility is also performed by our company.